The Eclipse in Jackson Hole 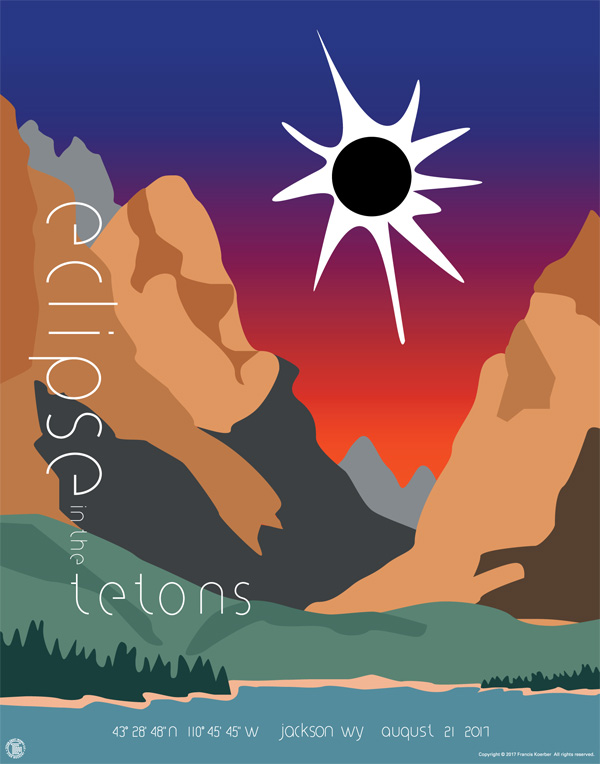 Eclipse in the Tetons 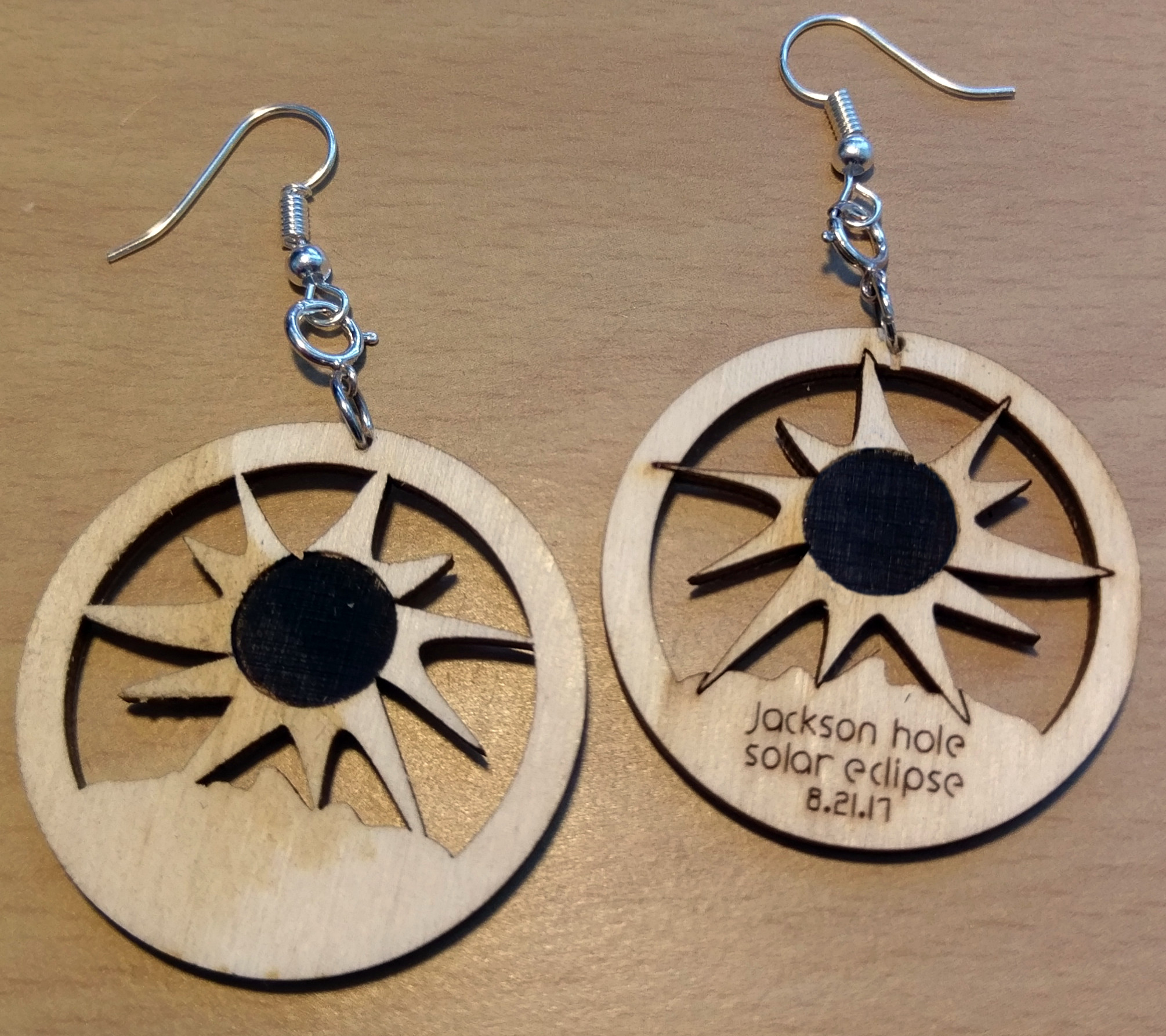 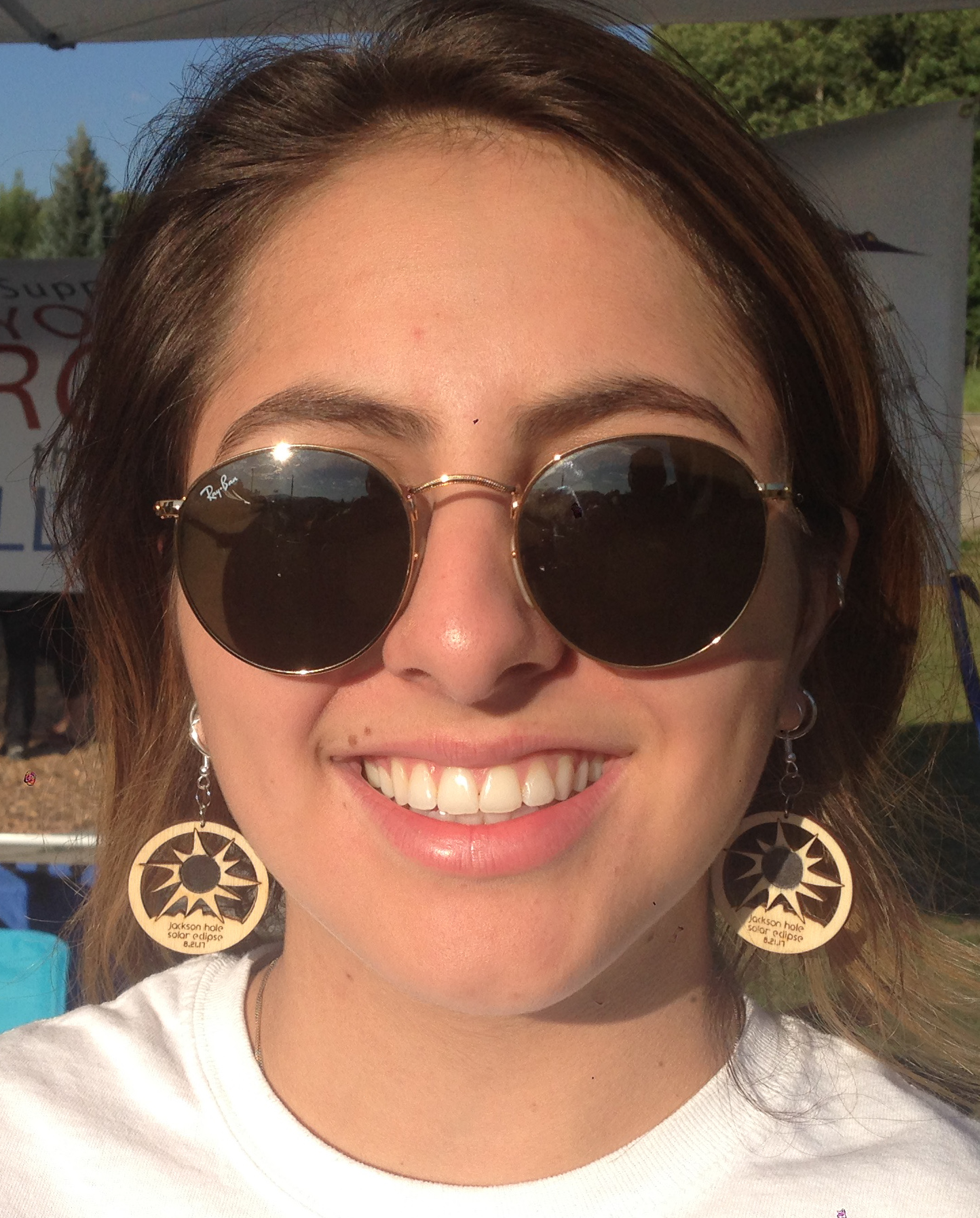 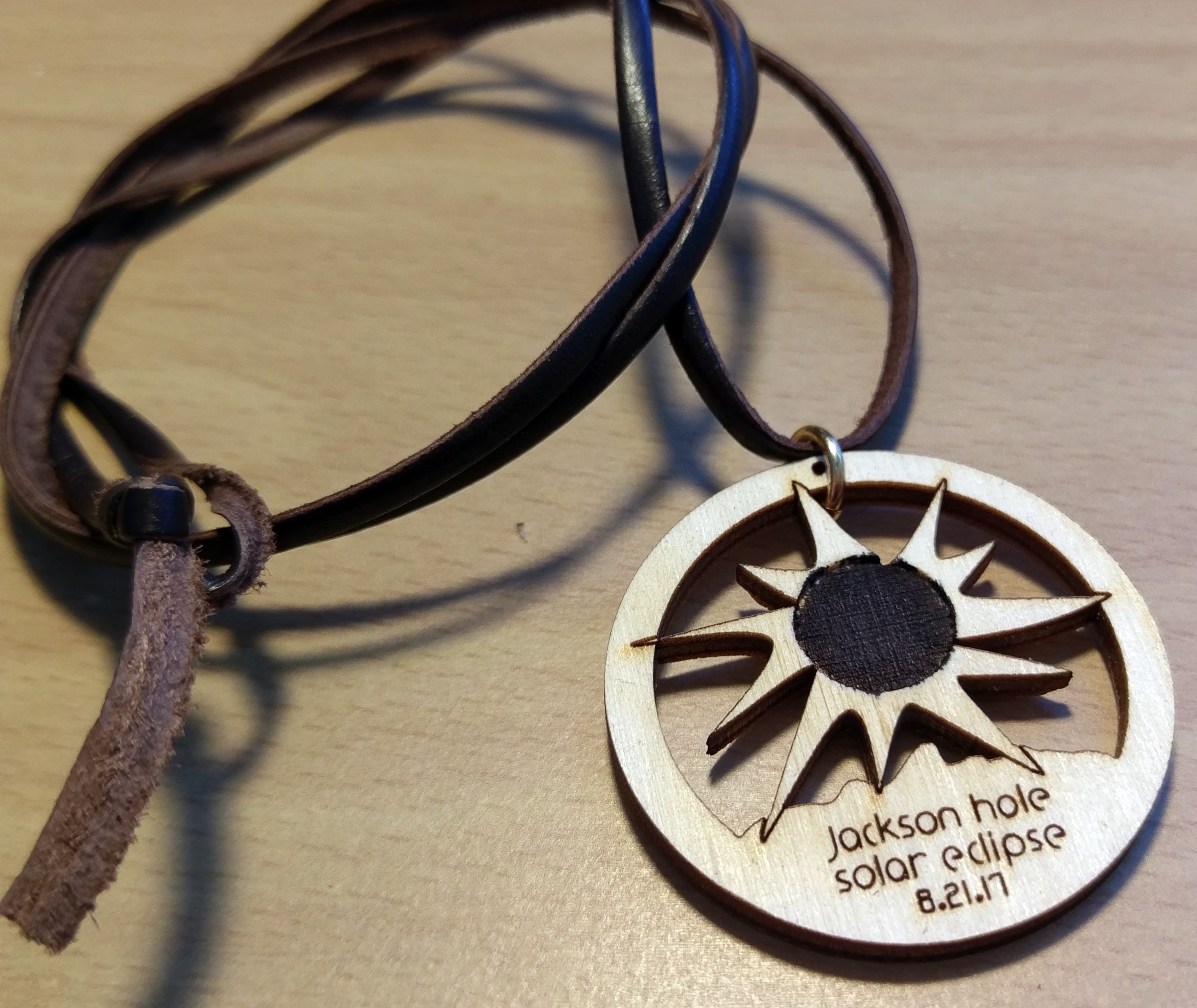 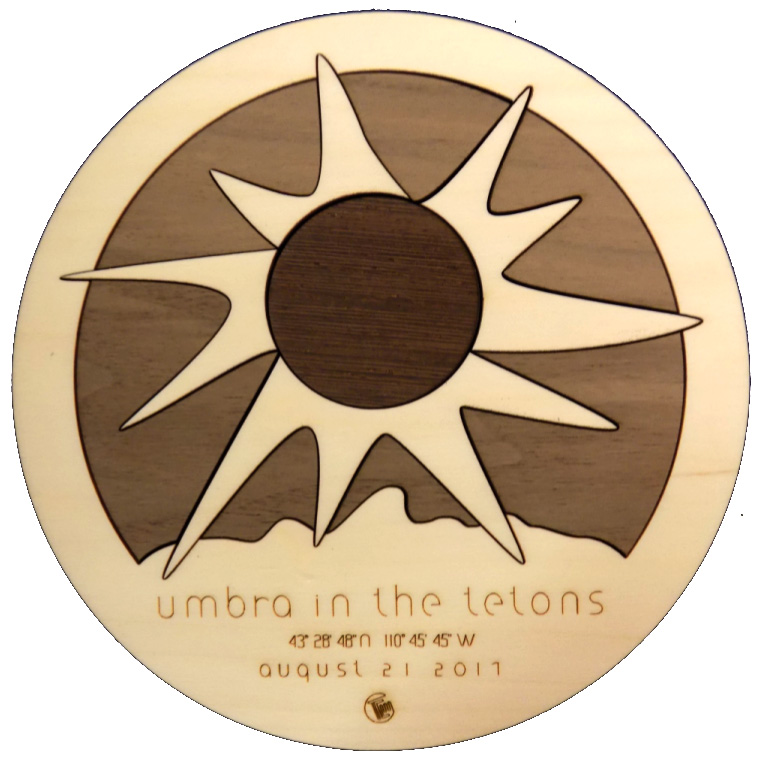 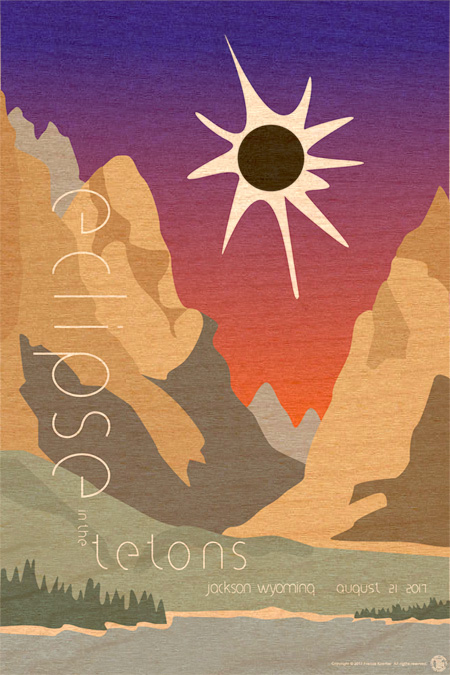 Eclipse in the Tetons Woodprint

Reads: Eclipse in the Tetons

A freak of nature, I discovered these slices of petrified wood on the square in Jackson a couple of months before the eclipse. Holding one up to the light, I discovered that the elements of this petrified wood slab resemble the image of the eclipse. Not only that, but the little black center of petrified wood was surrounded by agate crystals resembling the corona and then a massive amount of petrified algae to complete the scene. I went right to work creating a custom display for such an unusual find, hand carving a frame that highlight the Teton Mountains and a custom backlighted stand.

This could be the ultimate umbraphile collectors item.

Only Four in Existence

Reads: Umbra in the Tetons

On August 21, 2017 a TOTAL SOLAR ECLIPSE will occur at 11:34:56AM here in Jackson, Wyoming. The shadow cast from the moon is cononical in shape. The tip of the shadow is about 70 miles wide and is called the PATH OF TOTALITY. Jackson, Wyoming is in that path. Umbraphiles from all over the world will converge to bask in the ‘UMBRA’ (Latin for shadow) of the moon.

During the full eclipse one will be able to look at the sun with the naked eye, which will be entirely blocked by the moon. What will be visible is the corona of the sun; jets of plasma leaping high into space.

This puzzle will commemorate the event of the eclipse and be distributed to 23 of the largest cities along the Path of Totality. 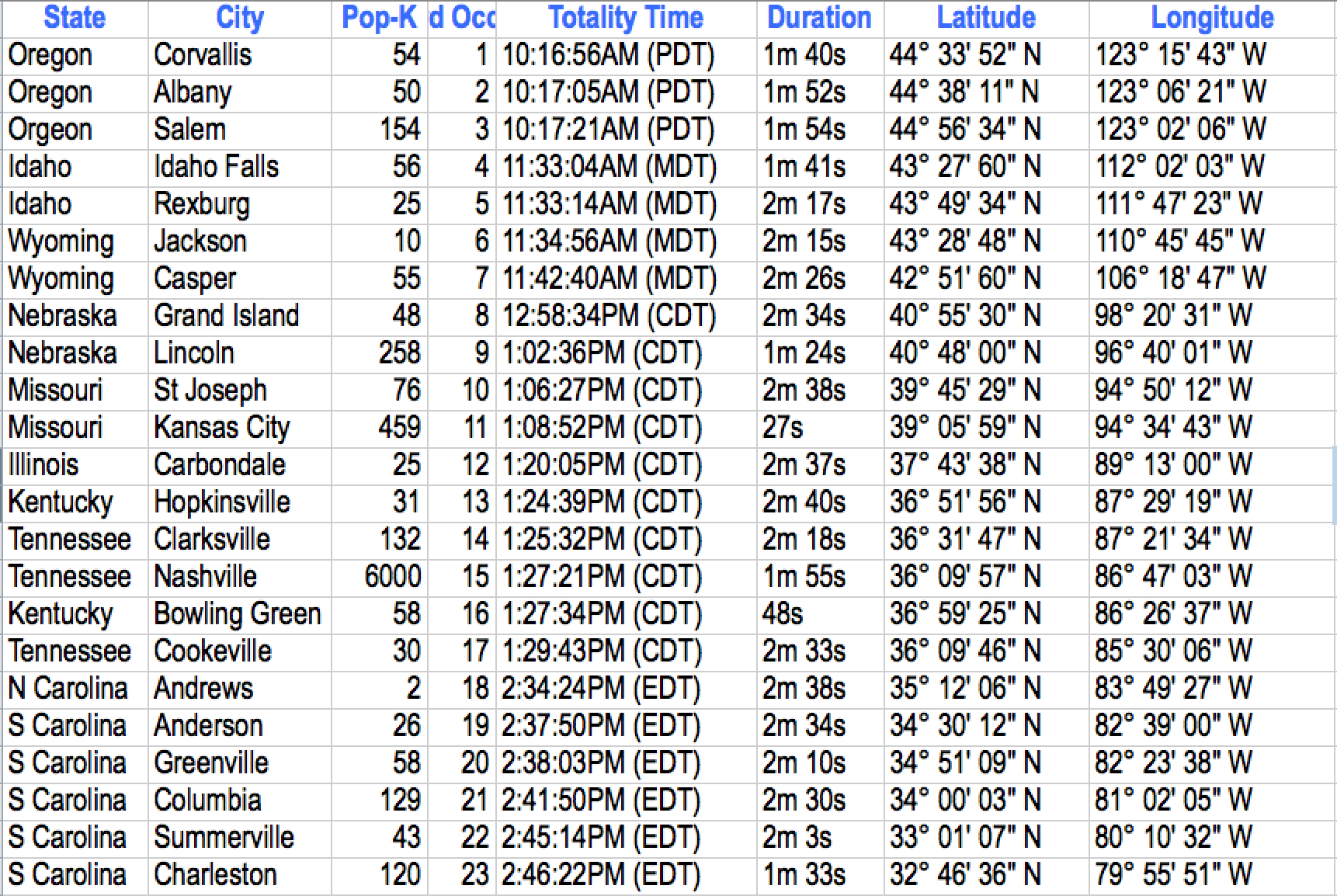 Puzzles that are available NOW for the eclipse:
Custom order a puzzle for your town or city
Contact Francis@TetonCraftWorks.com 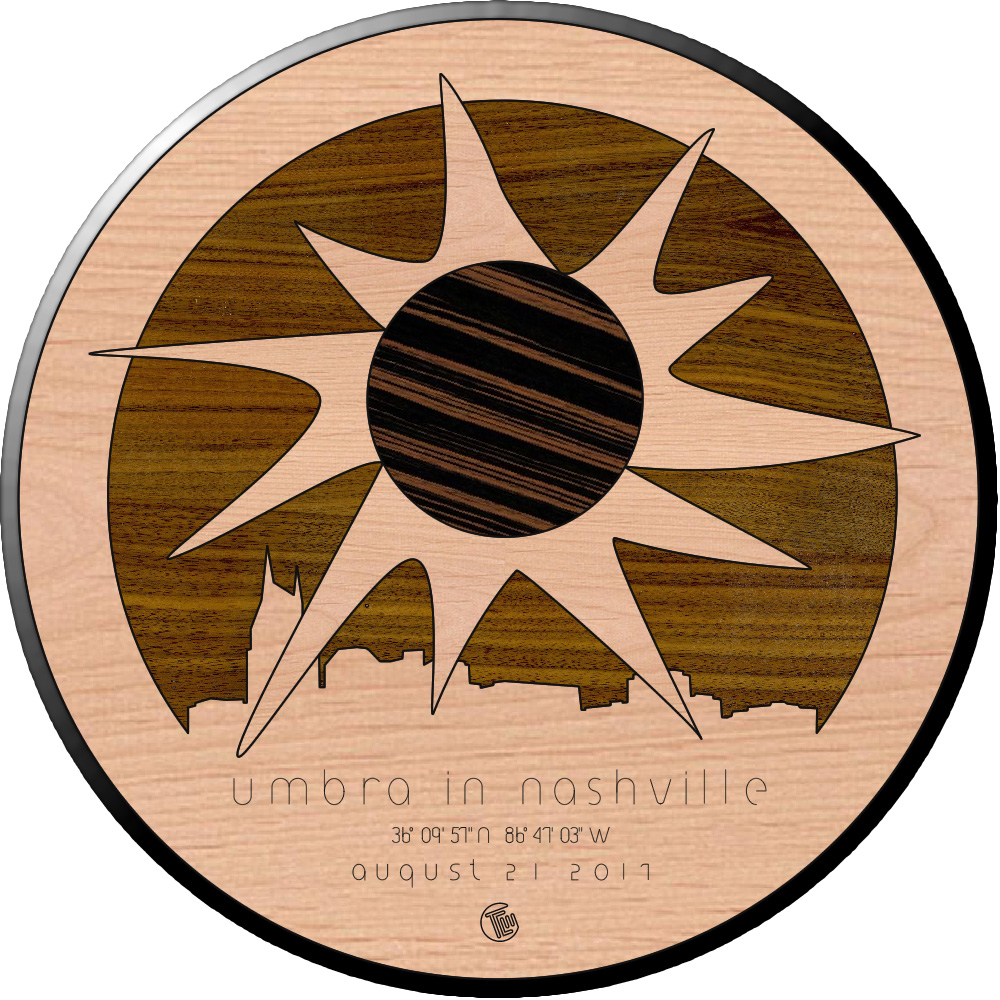 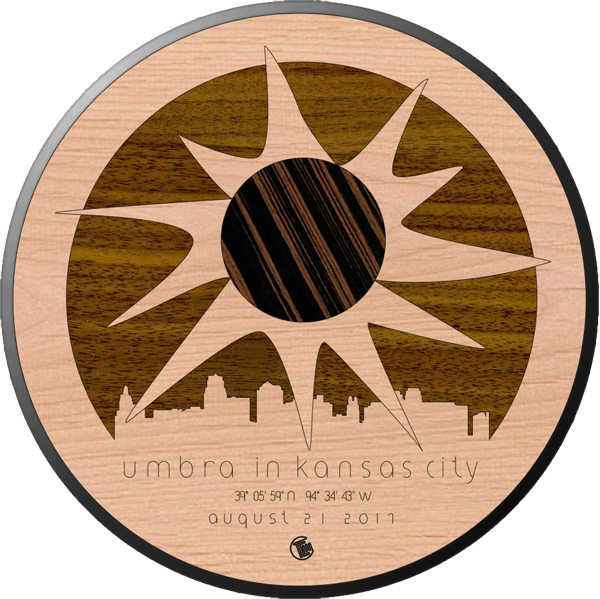 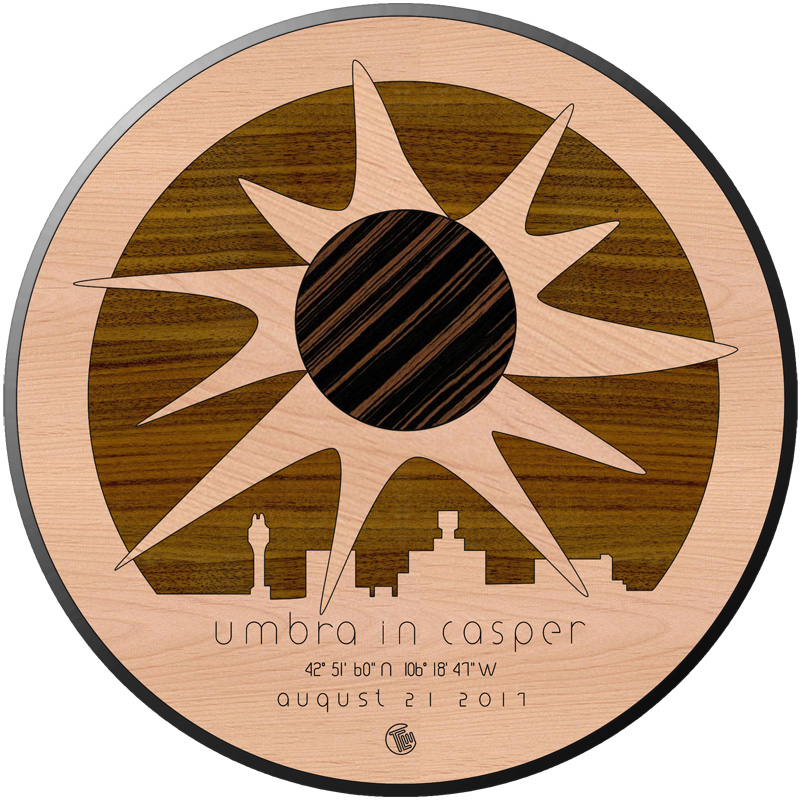 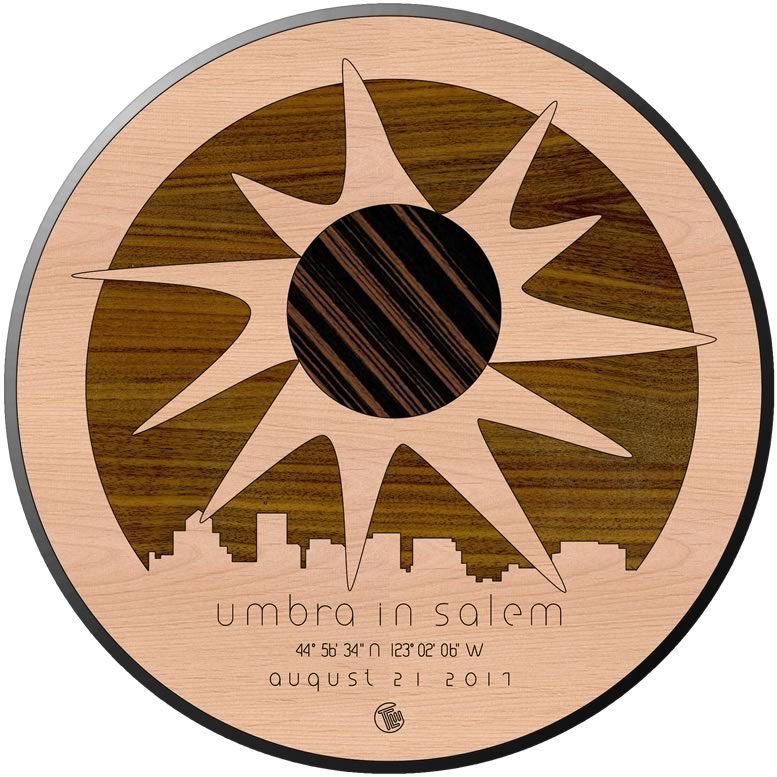